PICTURES FOR THE OPERA

Posters for the Greek National Opera 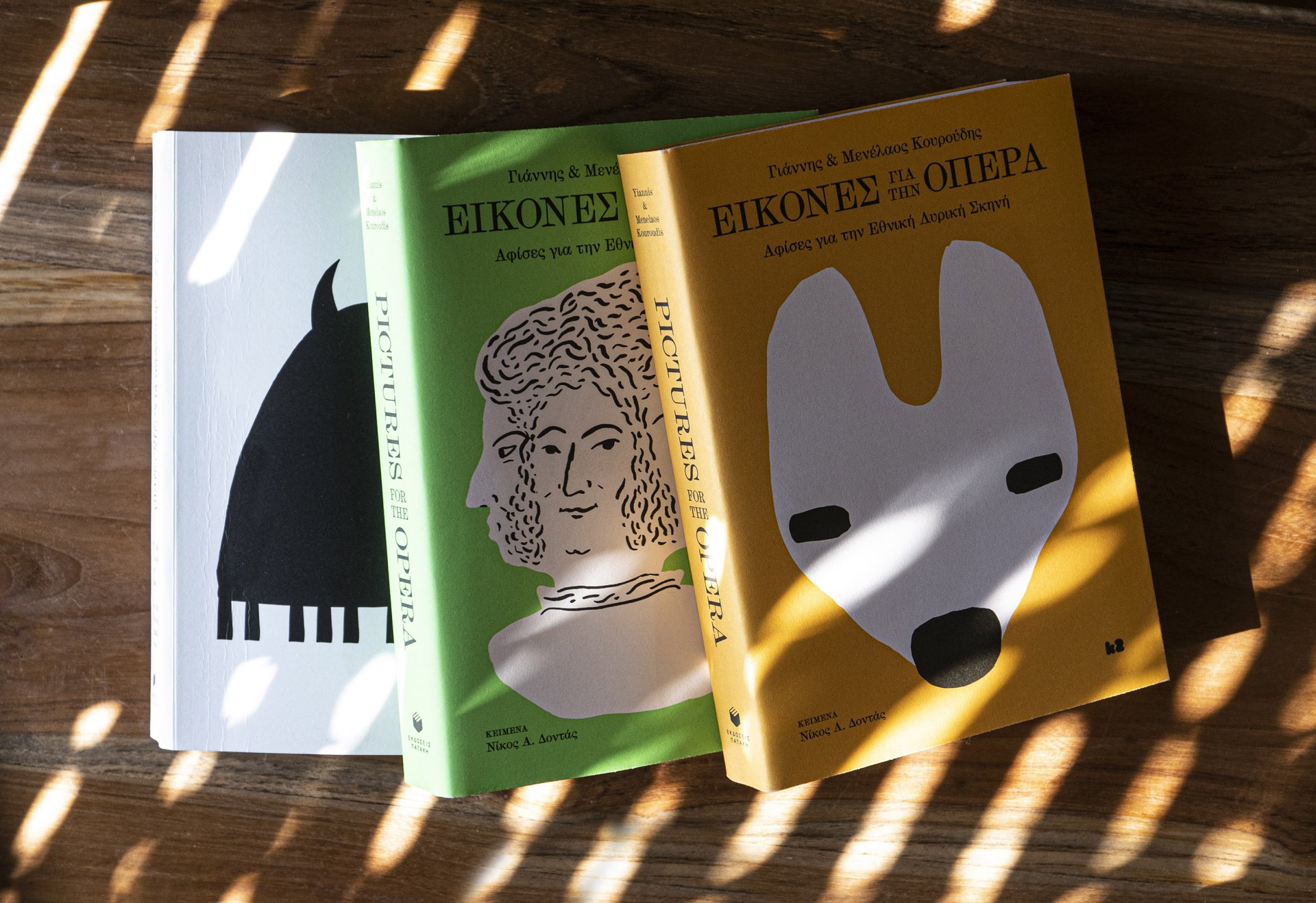 CREATING A VISUAL IDENTITY FOR A CULTURAL ORGANIZATION

I had been impressed by the “pictograms”, the designs for the various sports of the 2004 Olympic Games. I thought that not choosing some futuristic computer-generated design, as was the norm at the time, but opting for a hand-made drawing instead, was a ground-breaking and ingenious idea. In fact, I was wondering whether these so impressive designs, with their standout plasticity and incredibly dynamic curves, had actually been created by a man’s hand or whether they were the product of some advanced computer programme, that could successfully imitate such a personal writing style. Furthermore, like most Greeks, I was familiar with the successful promotional campaign of Korres beauty products. Those years, in the early 2000s, it was an avant-garde campaign for Greek standards, as it revealed a creator who could see far beyond the local market and had an understanding of what was happening in the world market. And, as it turned out, he had submitted a proposal that could compete on an equal footing with its international rivals, from the USA to Japan. I did not know the connection between these two works, neither did I know the person behind them.

In 2006 the artistic directorship of the Greek National Opera (GNO) was assumed by Stefanos Lazaridis, a Greek director and scenographer who had worked mostly abroad, had collaborated with the most important theatres and festivals worldwide and had received prestigious awards. One of his first concerns was to give the company a particular profile. He wanted the printed programmes and posters to reflect each work’s deeper essence and each production’s basic ideas. There should be unity in both, or more precisely, both should reflect and illuminate the content of the one, namely the production. It was with this goal that he created the Dramaturgy Department, and I had the luck and honour to be entrusted with the task of organizing it after the model of similar departments in opera houses abroad. 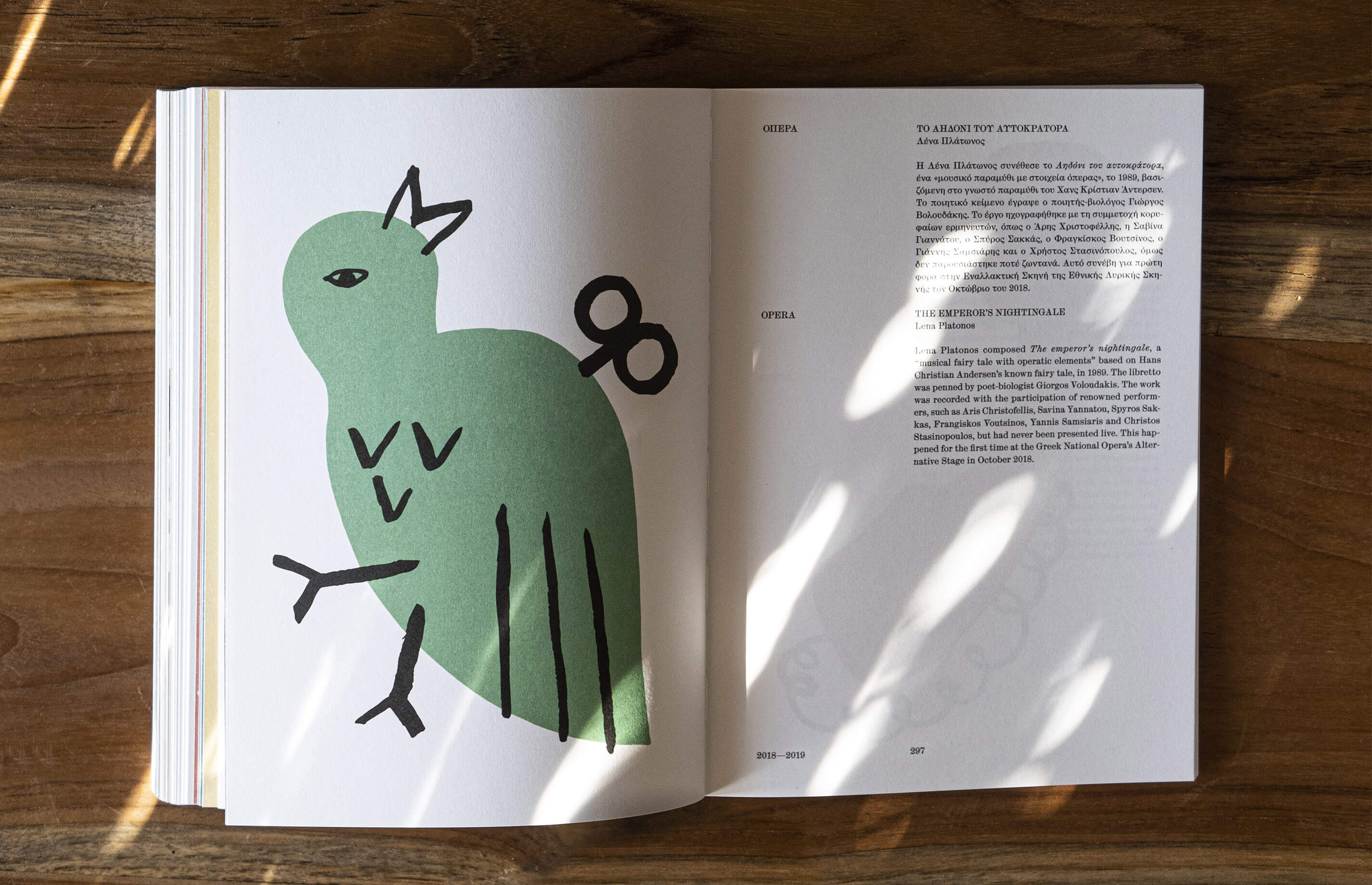 In search for the visual artist that could implement such an idea I turned to many possible partners, discussing and considering their proposals. Yiannis Kouroudis was excited from the very beginning with the idea of attempting to give a visual identity, a branding identity to a cultural organization, one of the three national stages, and the only opera house in the country. It was something unprecedented for Greece, something quite rare even abroad. Close collaboration was required, so that an abstract idea could take a visual form. Who is Nabucodonosor – Nabucco- in Verdi’s opera? What does he stand for? Which aspects of the opera does the particular production highlight? What is the feeling of the music, its “colour”?

Thus, 2007 was the first year of our collaboration. Unfortunately Stefanos Lazaridis was no longer at the helm of the GNO to enrich the project with his knowledge, experience and sensitivity. It was the first time in Greece that an overall branding identity was given to a cultural organization, to such an extent that it could immediately stand out from a poster on a bus stop or a metro station even from a great distance; to such an extent that it could be recognized as a GNO production not only by opera fans but by everybody. Designs of an absolutely personal writing were created, designs that stood out from the sea of photographs surrounding them. Designs that conveyed the message while having at the same time their own visual aesthetic value. The Greek National Opera gained unprecedented visibility, it became recognizable by everyone, opera-lovers and beyond. The more the proposals were being renewed, the more their distinct mark was being inscribed in the public’s conscience.

That beginning was followed by a ten-year-long partnership, which adopted a different line every year, but always in the same logic. It was not an easy thing at all, since popular works were often being repeated. A second and a third proposal for the same production of Rigoletto, Madama Butterfly or La Traviata had to be designed, without losing their mark, or their fresh approach which would ultimately attract the audience. The result is an aesthetically and impressively consistent set of visual proposals that has received top Greek and international awards, has already been displayed in museums and is an object of study for students at universities. 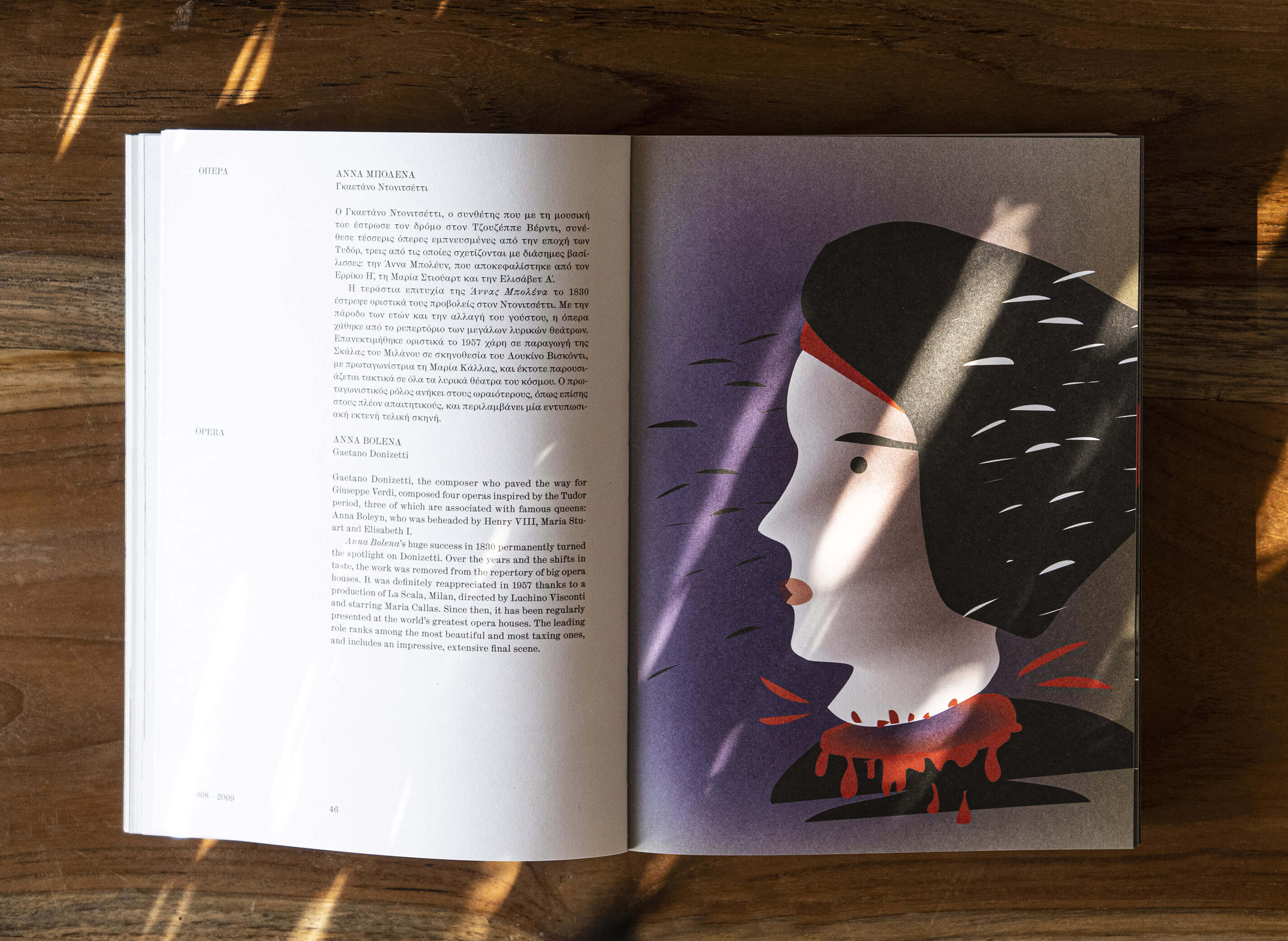 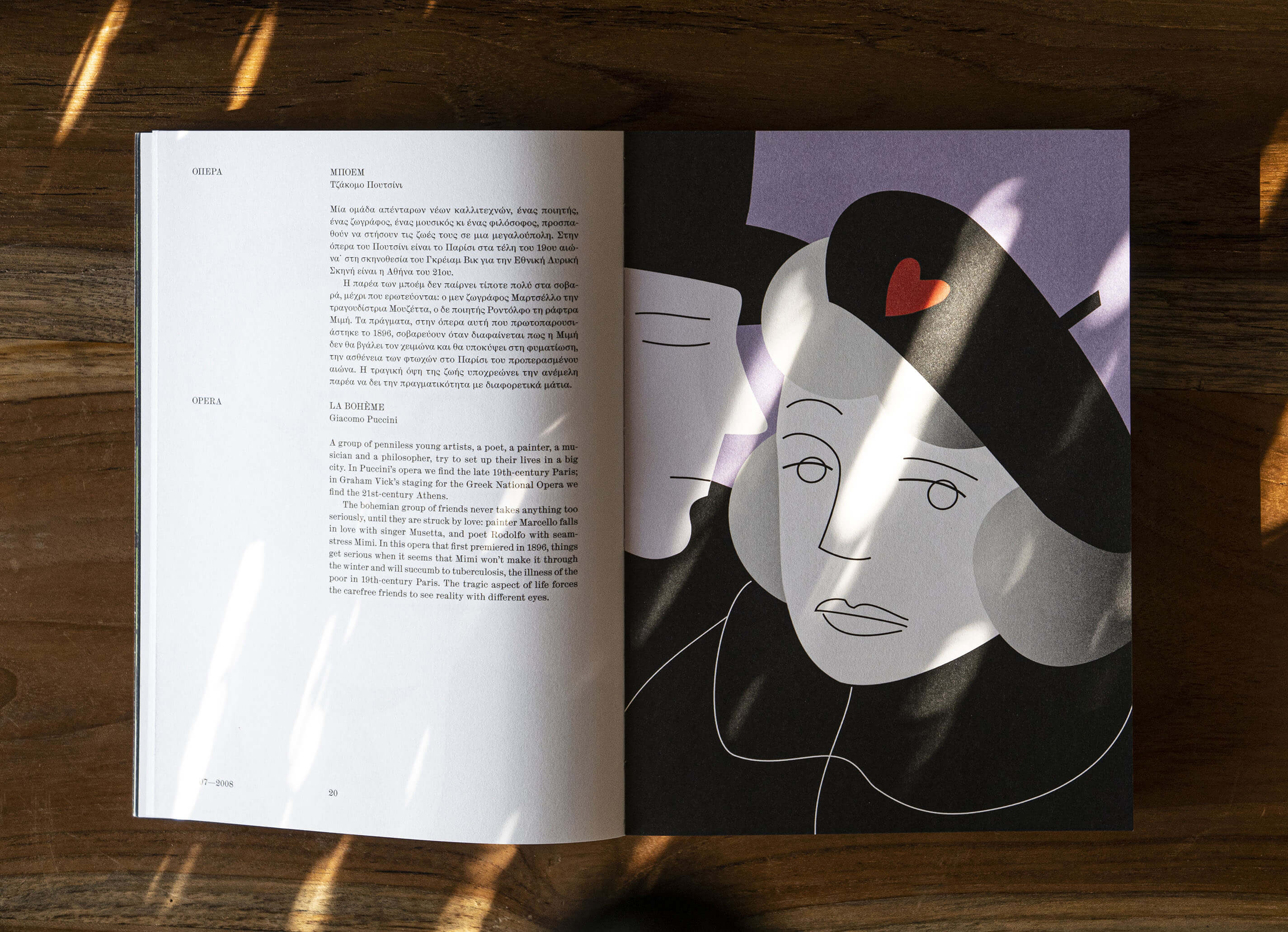 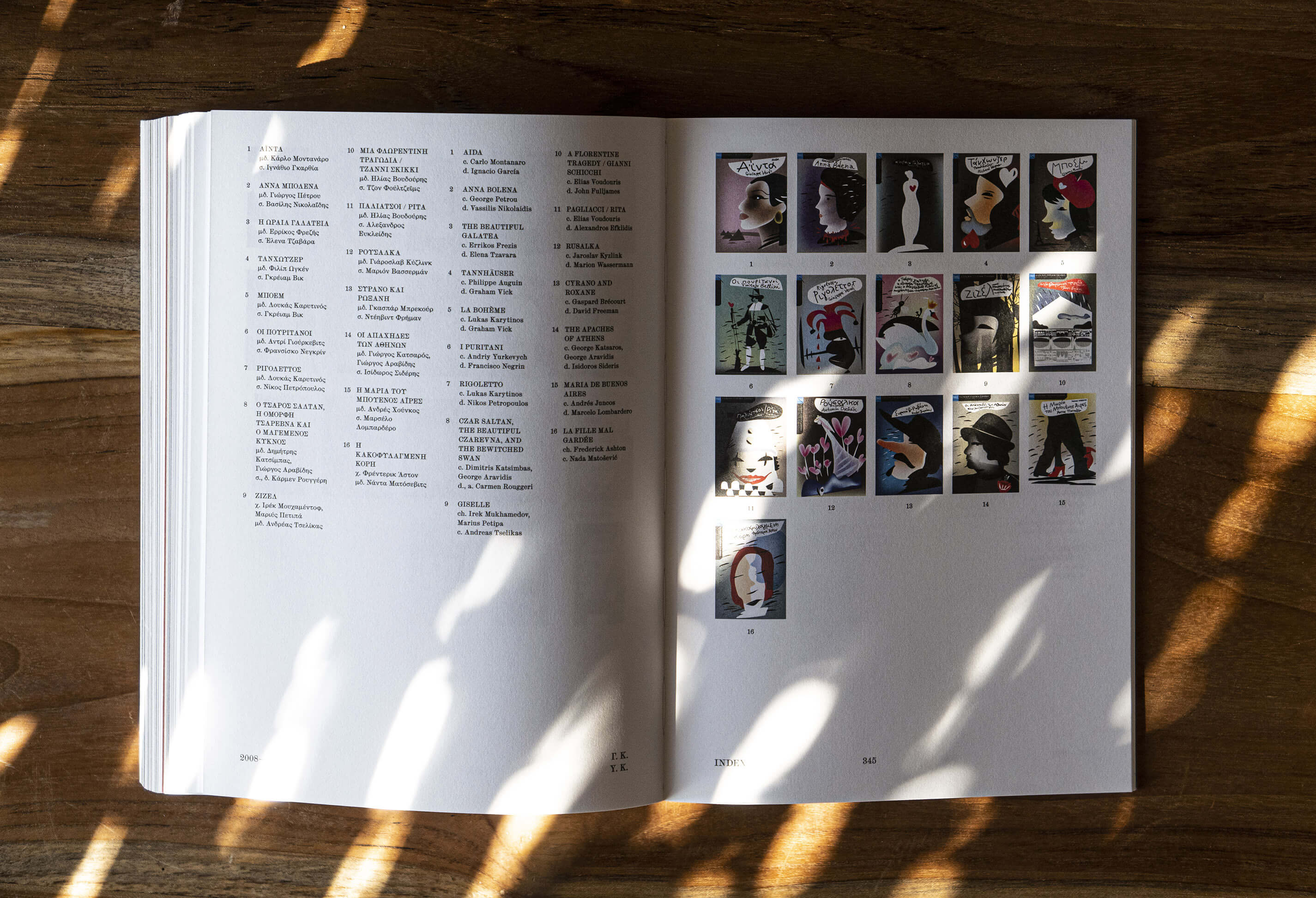 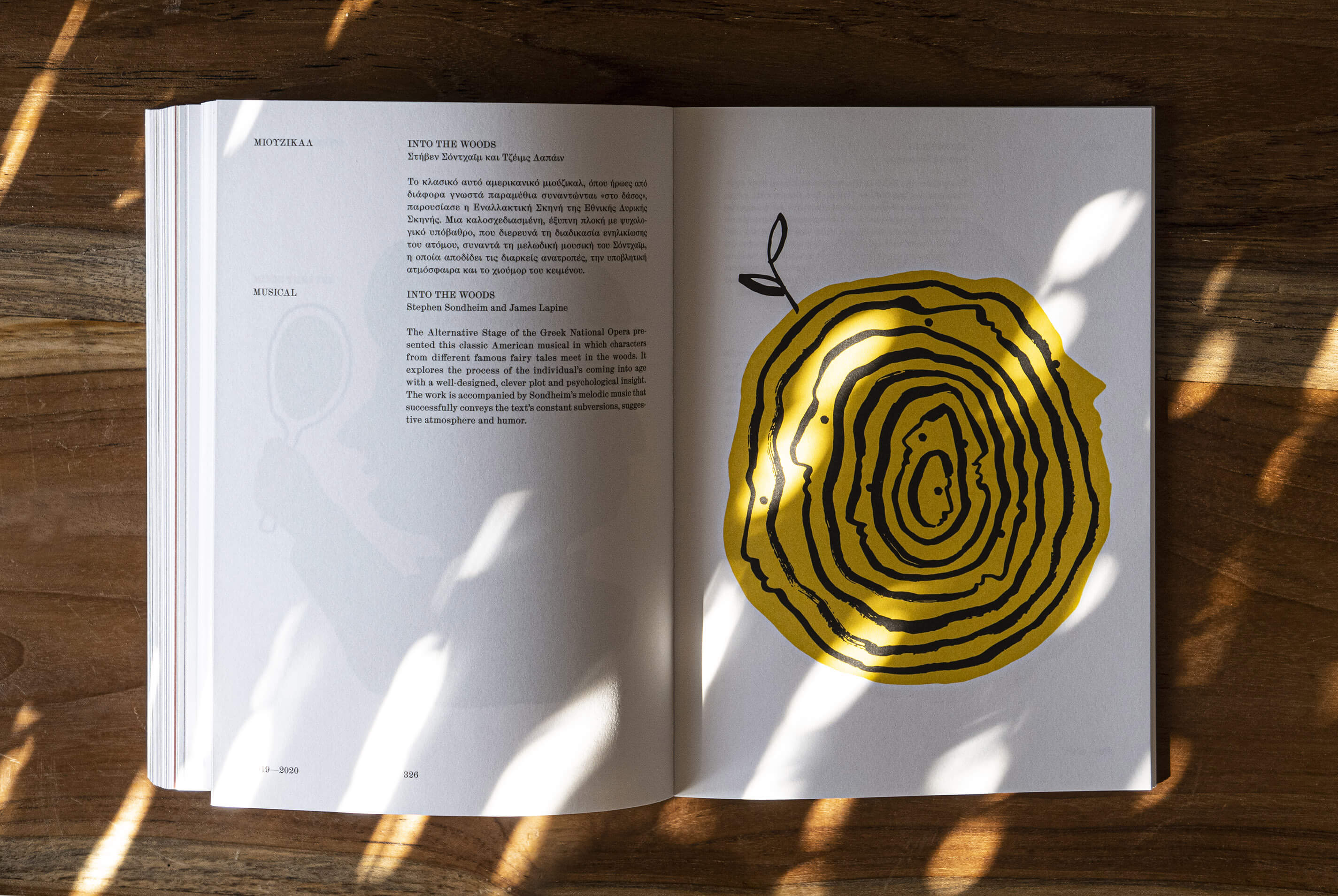 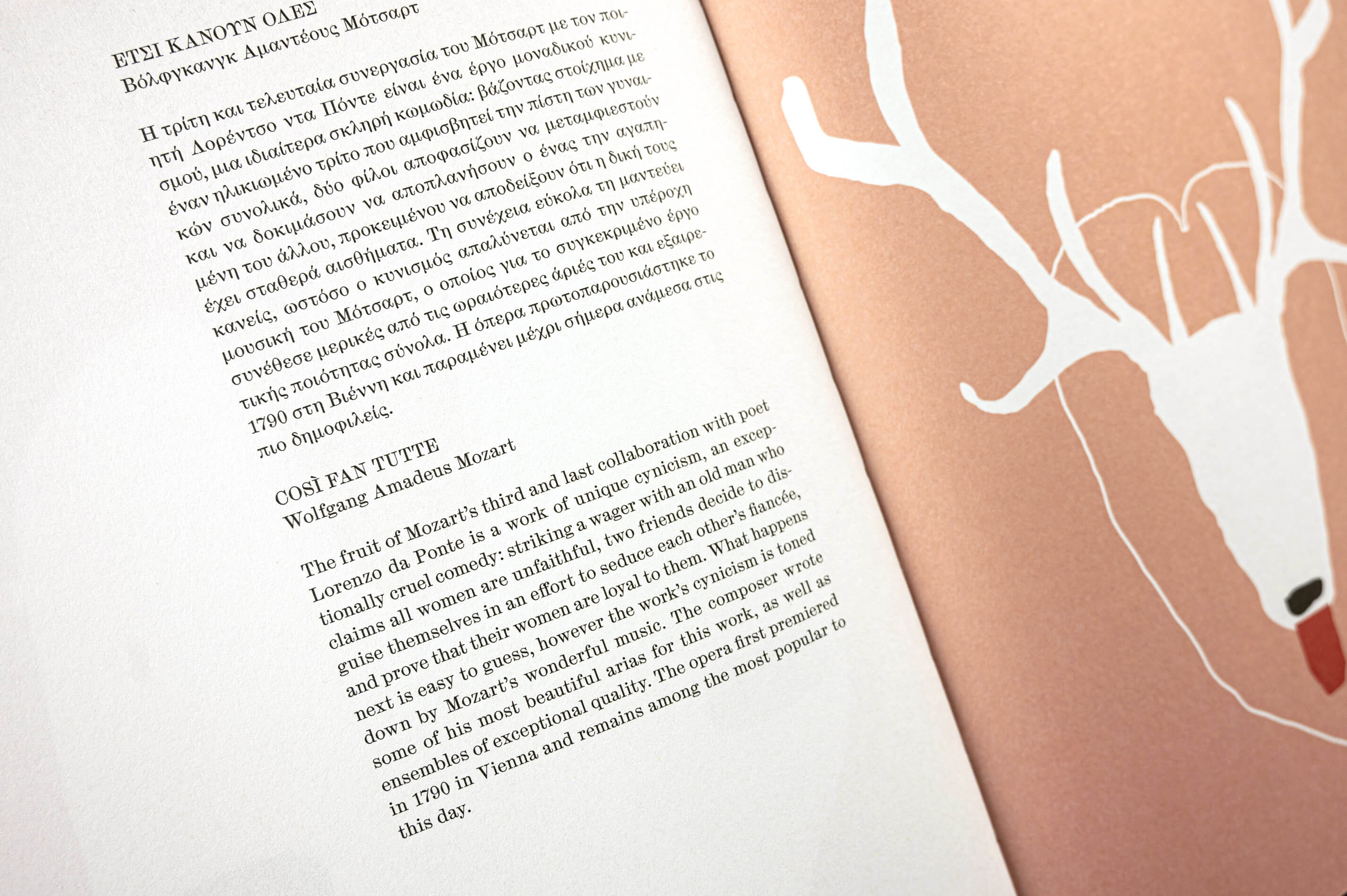 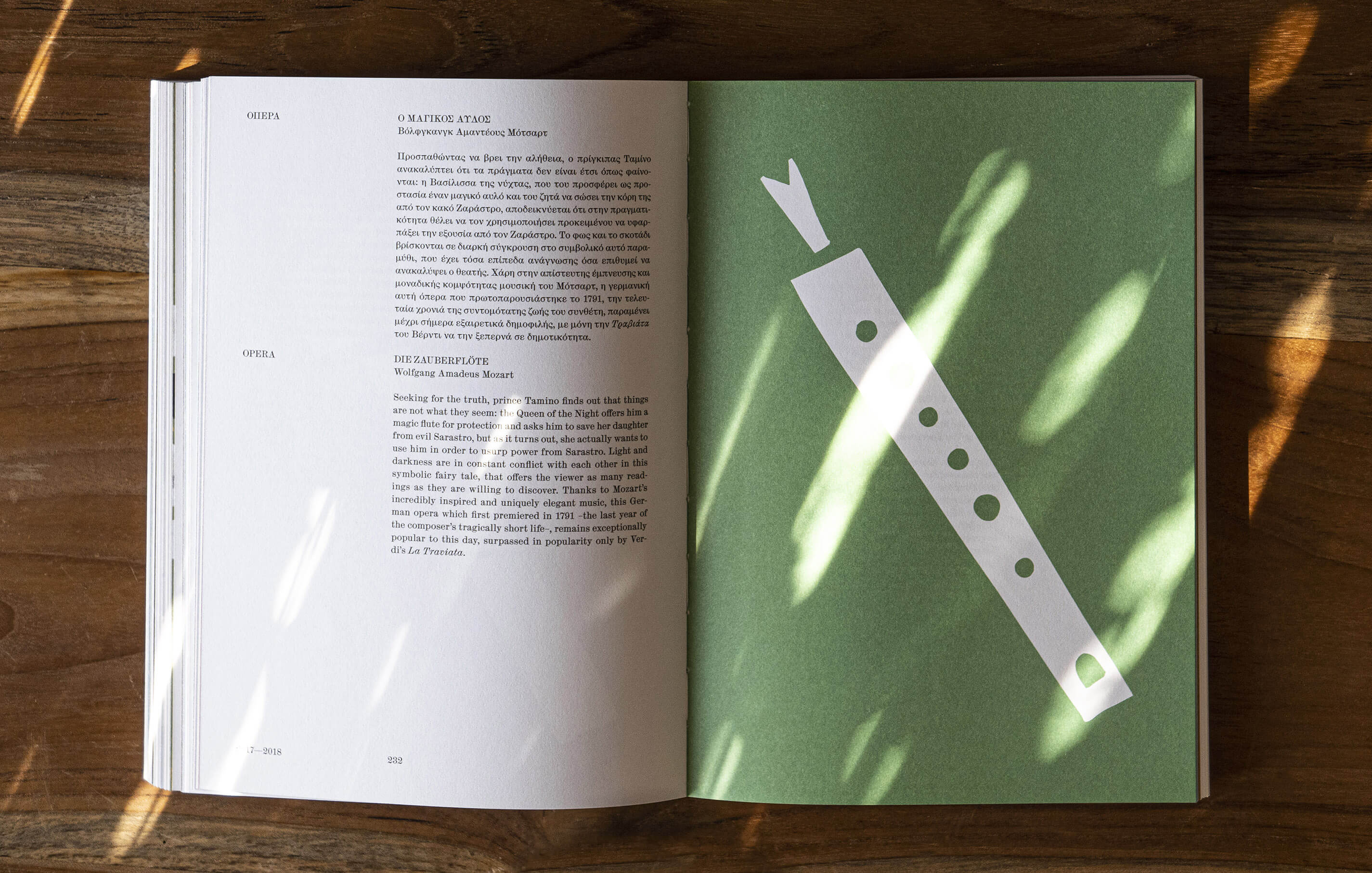 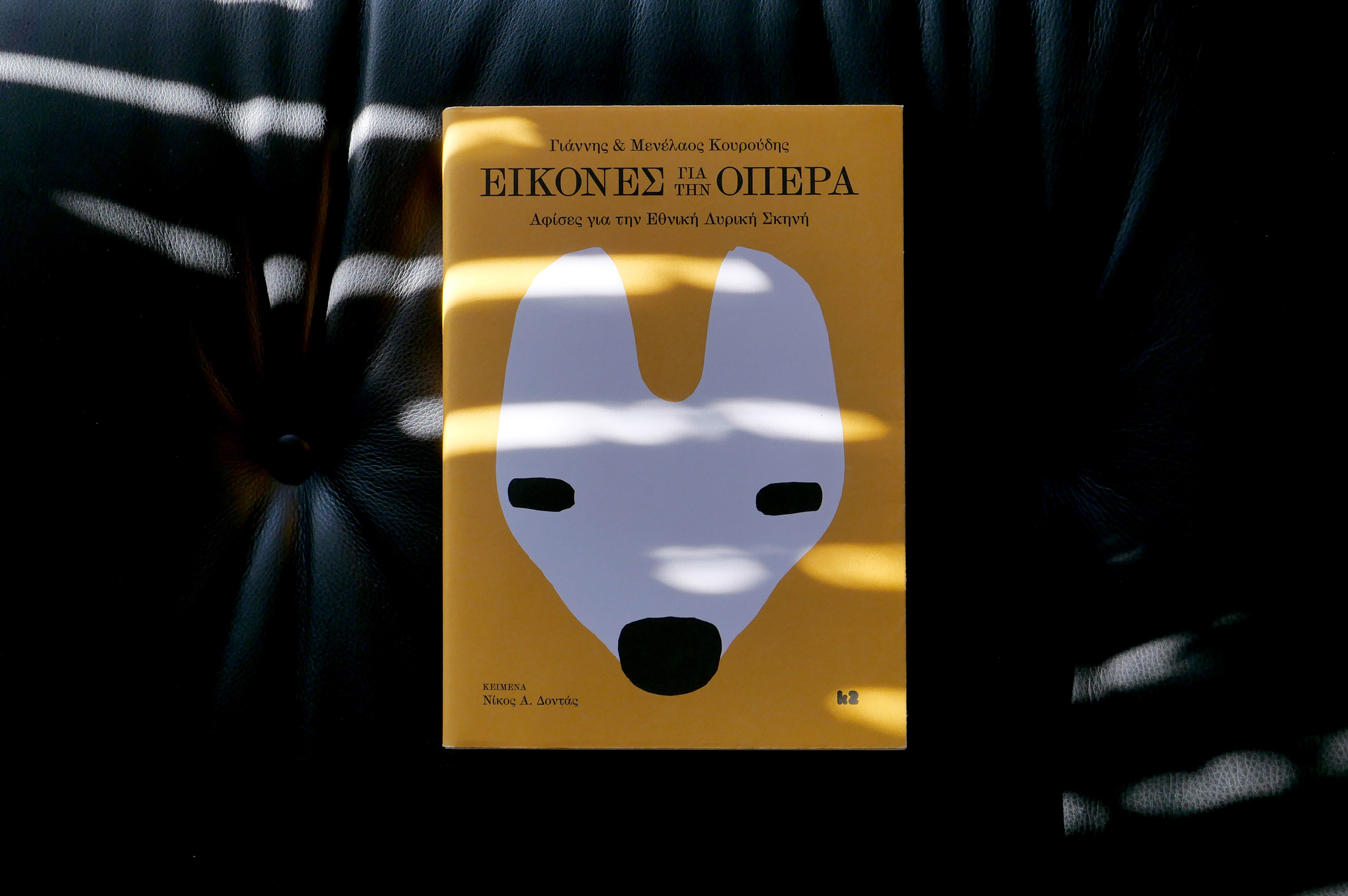 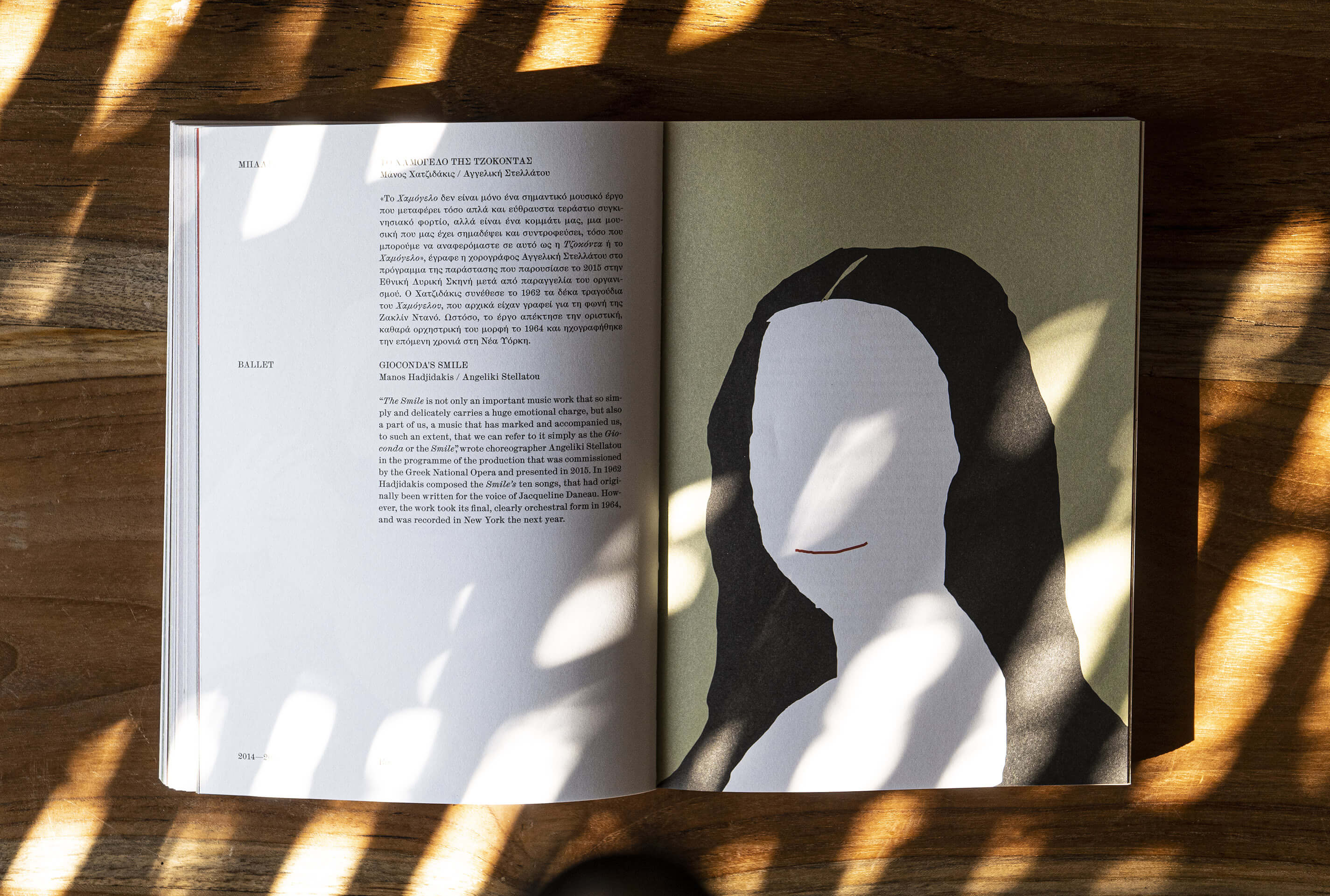 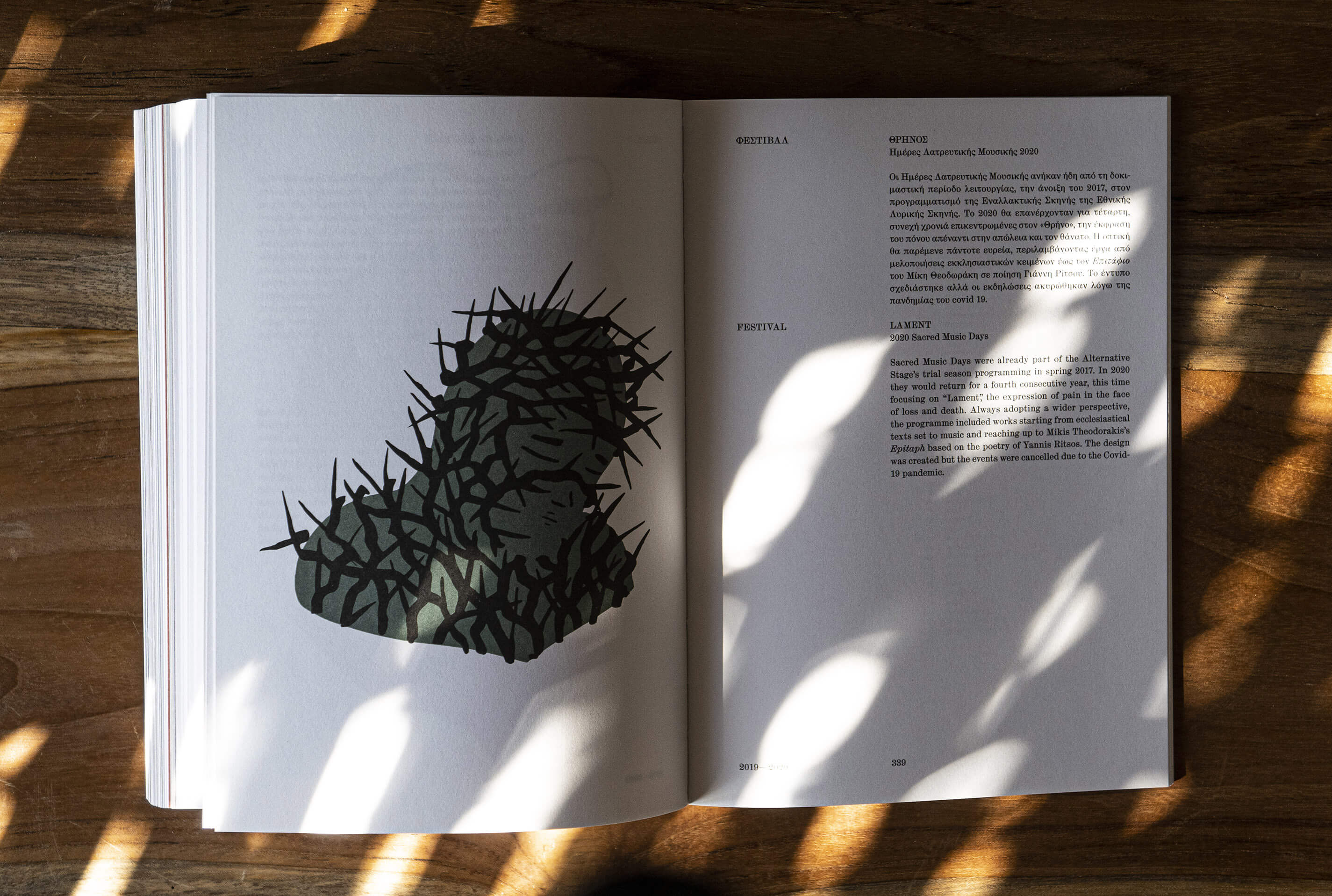 Go back
Next Project
BROSKY MEDIA